Books • The Day the Music Died

Tony Garnett has spent his life telling other people’s stories. Now, for the first time, he tells his own in his new autobiography. Honest, moving and passionate, The Day the Music Died, is a book dedicated to the truth.  It is now available to buy on Amazon.

A note from Tony Garnett

At eighty, one starts to look back. One has “what’s it all about, Alfie?” moments. My Uncle Fred, when asked if he knew the meaning of life said he did. It was the hokey-cokey.“ You do the hokey-cokey and you turn around. That’s what it’s all about”. I thought this was a little elliptical, so my first step was to try to make connections. Events and actions that hitherto had seemed separate might be related in unexpected ways. I wanted to create a credible narrative, possibly because I’ve spent my life telling stories. I just hoped to make some sense of it all. We humans give meaning to facts through telling stories.

I had put off writing this memoir for years, resisting attempts to persuade me, fearing it would be too painful. It was. But after two years of struggle I finally had on the page all that I could remember. Culled from this unwieldy mess of words, the published book emerges. It was a relief. 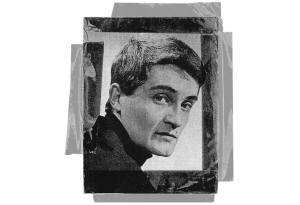 I did discover connections between my early life and the later public work. Each film and TV Drama Series I willed into existence could not have been made if my early life had been different. They were unconscious attempts to deal with unresolved conflicts and agonies. The obvious emerged from the hidden.

My early life had left me damaged and in denial. It became my life’s work, hidden from the world, to reinvent myself as the person I really was: a reconstruction of the authentic. That is the hidden story behind all the public stories of my life. My work is by definition public. Odd that I should have chosen such a public life in which to hide.

I reveal the stories behind the story, taking the reader from Cathy Come Home and Kes in the ‘60s right through to the turn of the Century with Between the Lines and This Life. How did they happen? What was it like on location? I give a blow by blow account of the battles with senior management at the BBC. I speculate on the politics of the times. I speak as I feel, but without rancour, of the many personalities I encountered.

But it begins, as it does with everyone, with family. It is tragic, funny, dramatic, angry and loving. Just like your story.

The Day the Music Died is now available to buy on Amazon.

TG at the BBC

In Conversation with Mark Lawson 2013

Obesity and the NHS

The Day The Music Died

Response to the BBC White Paper

On Success and Failure

Junior doctors are the new miners of 1984

The inspiration behind 'The Spongers'

Football is about family

Don’t blame the old Etonians. Some of them are even good actors.

Tory sale of council houses and Labour’s PFI. A connection? Sure!

Beware a Tory with his “hurt” face on

So the penny has finally dropped, eh? Get with the programme, Dave Prentis! Privatisation of the NHS by stealth started with Blair.

Think these refugees are a problem?

'The BBC Made Me'

Tony Garnett on the BBC Files

A Discussion with Frank Kermode

Huw Wheldon's near resignation over 'Up The Junction'

In Black and White

Off-Cut: Save the Children Fund

The Birth of a Private Man

An Age of Kings

Off-Cut: Between The Lines

'A typical reaction was a snigger... I was making a film about the wrong kind of bird'

Football is about family

"We need drama people believe in"

Cathy Come Home left out in cold by BBC row

The Voices in the Park

Drums Along the Avon

An Officer of the Court

The Resistable Rise of Arturo Ui

The Price of Coal

Off-Cut: The Price of Coal

The inspiration behind 'The Spongers'

Off-Cut: The Price of Coal

Off-Cut: Save the Children Fund

Off-Cut: The Ones That Got Away

Off-Cut: Between The Lines

The Seductions of Lucy Foster

Cathy Come Home left out in cold by BBC row

It's a Cop Out

When This Life entered our lives...

Dot.com drama starts up on BBC2

In Praise of the Great Unknowns

The Cops call it a day after three series

Setting sites on the Net

It’s a Big World After All

Off-Cut: The Ones That Got Away

How to kill creativity while claiming to help it grow.

"We need drama people believe in"

'A typical reaction was a snigger... I was making a film about the wrong kind of bird'

THIS LIFE, THIS ART

KICKING OVER THE TRACES – Interview with Tony Garnett

Extracts from an Interview August 2000

Recipe for a dust-up (Drama Forum)

With Banners Held High - the BBC and miners strikes

A Message For Graduates - Creatively Disrupt

For the love of it: in praise of the amateur